Enduring unto the End

Posted on December 7, 2017 by patradallmann

These simple, beautiful lines are preceded by the Apostle’s guarantee: “Here are words you may trust.” It seems likely that he’s informing us that the words are inspired, and therefore trustworthy. In addition, the breadth and depth of understanding, expressed in so few words, is indicative of inspired authorship. So few words to speak of such a lengthy process, for the dying mentioned in the first line is slow and difficult, and, as a result, widely avoided. Nevertheless, the long inward process is laid out for us in the Scriptures’ apocalyptic passages; there we’re given words about what to expect: where we are going and Who will come to us in the end.

Each synoptic gospel contains an apocalyptic chapter; I prefer the one in the book of Mark because the language is concise, intense, and powerful. Chapter 13 begins with Jesus providing his disciples with an image and prediction of a destroyed temple. The disciples had been impressed with the buildings of their religion and said so, but Jesus tells them that “all will be thrown down”(2). Though he speaks of the culture’s dwelling space for God, he is referring to the inward dwelling place of our human spirits: our religious, philosophical, psychological, and cultural concepts in which we posit our understanding of self and world. These, Jesus says, will be thrown down.

Many of the chapter’s subsequent verses (7-20) describe destruction, turmoil, and distress: war, earthquakes, famine, betrayals, upheavals, family disruption, and fleeing one’s home and land. The significance of this imagery is two-fold: in one form or another, life’s distresses will be the lot of all; and secondly, this is not chosen but visited upon us, and endured. Personal trials are unique yet come universally to us all. It is as if Jesus, using poetic images, is giving an overview of life’s calamities, specific calamities that when conjointly listed imply the universality of loss and affliction. The line spoken by the Magi in Eliot’s poem summarizes it well: “A hard time we had of it” (“Journey of the Magi”).

This onslaught over time will, in truth, undermine confidence in all existential concepts, even those concepts of “self,” “God,” “love,” and “light.” All will be thrown down so that there’s not one stone left upon another to sustain one’s constructed image of life and self; this is one’s own personal inward suffering “such as never has been until now since the beginning of the world which God created”(20). Jesus tells us how we’re to handle it: we’re to endure to the end(13). To endure is to hold to the deep, wordless human insistence that truth must be honored, though it shakes to the ground every manmade notion of earth and heaven and leaves one feeling lost, without bearings. Such endurance during the temptation to despair is the material of Quaker journal writings and the experience of all true Christians.

Knowing the extreme suffering and despair of the inward process, the Cross within, Jesus warns us upfront to not be deceived and misled by those who come saying that they are the light of Christ:

Jesus began:”Take care that no one misleads you. Many will come claiming my name, and saying, ‘I am he’; and many will be misled by them”(5-6).

By making grand claims for themselves, such persons will mislead and foment a symbiotic relationship with any whose endurance has flagged and are ready to forfeit. A primary tactic of such is to manipulate by flattery, appealing to the ego of the willing victim by suggesting he’s already knowledgeable of God: in Paul’s words “saying that [his] resurrection has already taken place”(2 Tim. 2:18). Second, any check on this corrupt teaching will be denigrated as unworthy, thereby eliminating any standard for exposing the false gospel. The willing participant, in return, offers tribute in the form of loyalty and support, for he thinks himself released from his responsibility to endure, as Jesus has called him to do. This alliance upsets people’s faith, and so Jesus prominently places his warning against it at the start of his discourse. Early Friends admonished this dynamic when they saw it by recalling the prophet’s words: The priests bear rule by their means, and the people love to have it so.

The Son of man comes inwardly to those who “endure until to the end, [for] the same shall be saved”(13). Salvation is known by the inward coming of the Lord, “Then they will see the Son of man coming in the clouds with great power and glory”(26); his coming is known by the complete otherness of his person, for he is a person, neither solely a principle nor an essence. The coming of the Son of man is that which no person can effect by his own desire or aspiration or sacrifice; the coming of the Lord is out of our hands entirely, Jesus teaches. We do not know how to turn to the Son of man because we have no idea what he is inwardly, what to expect; his coming will not resemble in the slightest our human concepts of “light and love” or even our concepts of God. We know neither the substance nor the timing of this inward event: “But about that day or that hour no one knows, not even the angels in heaven, not even the Son; only the Father”(32). It is entirely other, for our deliverance is the prerogative of our Creator, not of our creaturely aspiration.

We can reject this ancient wisdom of our tradition but do so at our peril: “Heaven and earth shall pass away: but my words shall not pass away”(31). A faithless turn to idolatry only destroys one’s chances of salvation; it in no way impacts the soteriological structure by which we are called to abide: endurance in the truth until the end. 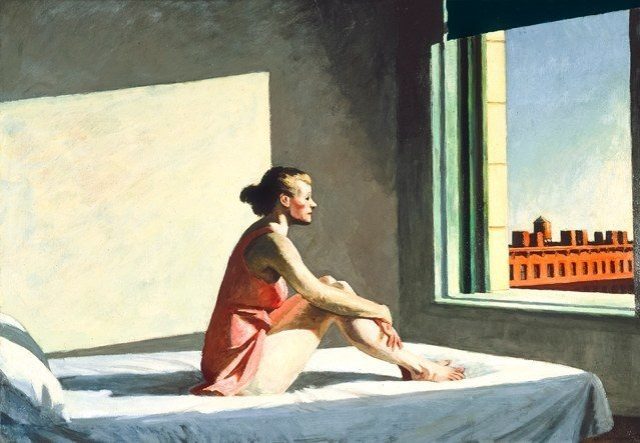