Posted on September 3, 2019 by patradallmann

Just seven verses separate these seemingly contradictory instructions about touch that Jesus gives to these two followers: first, he cautions Mary not to touch him, and a short while later, he urges Thomas not only to touch him but to do so invasively: to feel his wounds. Clearly, there’s a difference in the significance given to “touch” in these two stories.

In the second instance, touch is the means by which the unbelieving Thomas is convinced of the reality that death has occurred and is followed by resurrection to life. Touch, here stands for personal experience that precipitates convincement. Sensory perception – the feeling, seeing, hearing – is a type or shadow for the inward perception of the substance. That substance is accessible only through the eye of faith, which alone senses, and convinces of the reality of the lordship of Christ.  (And Thomas answered and said unto him, My Lord and my God [28].) In this episode Thomas and the other disciples learn that their work will be to convince others of the Truth through bestirring an inward apprehension, which sensory perception approximates.

In the first story, Mary has just recognized the Lord and has lovingly reached toward him; here touch has a different function and significance. Jesus is not teaching or convincing or engaged in any outwardly directed assistance to others, as he later would be in his encounter with Thomas and the disciples; rather he is here concerned with protecting himself and his intent to ascend to the Father.

He had been delivered into the earth but a few days before: killed and entombed; he had now risen out of the earth and was walking upon it; and, to complete his course, he was to rise above the earth to sit (rest) at the right hand of God (Col. 3:1). He would, therefore, not be deterred by worldly attachment here symbolized by touch. In this exchange with the woman, touch stands for an intimacy that can derail the soul in her journey upward toward completion, perfection, i.e., the soul’s ascent into heaven. Jesus confirms this fact when he keeps Mary at arm’s length by explaining: “for I am not yet ascended to my Father.”

The imagery of being first held under and then subsequently rising out of the earth can be seen frequently in early Friends writings.

…shake yourselves from the dust of the earth and come away in faithfulness and obedience to your call – J. Fothergill

…your minds will be animated and lifted up above the world and the fading, perishing things of it. – T. Scattergood

Must not they who are…free from the world through the cross of Christ, the power of God… walk as freemen, having the earth under them and not over them? – W. Edmundson

In George Fox’s vision of 1671, the same earth-as-encumbrance imagery occurs, but here it is applied en masse, perhaps an indication of Fox’s realization of the universality of the earthly, darkened condition in which humanity lies spiritually dead and buried, as well as of his life’s work to turn people – in large numbers – from darkness to light. He tells us:

And I had a vision about the time that I was in this travail and sufferings, that I was walking in the fields and many Friends were with me, and I bid them dig in the earth, and they did and I went down. And there was a mighty vault top-full of people kept under the earth, rocks, and stones. So I bid them break open the earth and let all the people out, and they did, and all the people came forth to liberty; and it was a mighty place. And when they had done I went on and bid them dig again. They did, and there was a mighty vault full of people, and I bid them throw it down and let all the people out, and so they did (Nickalls, 578).

As earlier illustrated in the chapter from John, Jesus – while in progress from earth to heaven – addressed two concerns: one, his work of convincing/liberating others, and two, protecting himself from earthly attachment. In this vision of Fox, we see these same two concerns likewise acknowledged, and yes, touch – signifying attachment – is again the metaphor, and the woman – signifying the earthly – is again the threat. Fox’s vision continues:

And I went on again and bid them dig again, and Friends said unto me, “George, thou finds out all things,” and so there they digged, and I went down, and went along the vault; and there sat a woman in white looking at time how it passed away. And there followed me a woman down in the vault, in which vault was the treasure; and so she laid her hand on the treasure on my left hand and then time whisked on apace; but I clapped my hand upon her and said, “Touch not the treasure.” And then time passed not so swift (Ibid).

A closer look at the particulars of this passage is worth taking. Fox is journeying down into the earth; he is discovering what in his own nature is to be found that is susceptible to earthly encumbrance. He is not here focused on his work to convince/liberate captivated humanity.  Rather, here he searches out what threatens to captivate himself: and thus, he must descend into his own earthly, underground dynamics of being.

There are two women in this vision, which functions to alert one that no particular woman is meant here; rather that “woman” as category is intended (and we extend the boundary of that category to encompass “the opposite sex”). This same rhetorical devise is used in chapter 11 of Revelation where “two witnesses” do not signify particular witnesses but instead stand for the category of “those who witness,” that, as a type, they may be informed of their role and expectations, which are listed in that chapter.

The first woman Fox envisions is seated, dressed in white, and “looking at time.” Interpreted, the woman is seated and at rest; she’s among those “which came out of great tribulation, and have washed their robes, and made them white in the blood of the Lamb (Rev. 7:14). She looks at time, which interpreted is to say, she is not in time but is apart from it and observing it; she is where there is “time no longer”(10:6), i.e., she knows life eternal. In this first woman, we learn what qualities pertain to the person who potentially poses a threat to the prophet’s sensibility: one who is spiritually cognizant.

Fox moves on, followed by the second woman, deeper into the earth, and we see, envisioned in dream-like imagery, both the threat and the action taken to thwart it. In the second vault, “the treasure” lay, which I interpret to mean, the place where was found his sense of life. It is his left hand that is touched – not the hand with which he labors, but that part of his being not given to his work; it is there the claim upon him is made: to engage that which is not his work but some other genuine, vital part of his being, for example, his emotion. We are told time moves rapidly as a consequence, which indicates a waste of resources (time, effort, attention, etc.) that follows the misdirection of attention toward a personal, nonproductive area of life. Closely replicating Jesus’s words to Mary, Fox resists this claim upon himself, saying: “Touch not the treasure.” We then see “time passed not so swift,” which is interpreted to mean, he no longer saw his resources wasted.

Perhaps it was the personal, non-work directed nature of the topic that led Fox to conclude this journal entry with cryptic words, hinting he could speak more to the point if he chose but would instead leave interpretation to another.

They that can read these things must have the earthy, stony nature off them. And see how the stones and the earth came upon man since the beginning, since he fell from the image of God and righteousness and holiness. And much I could speak of these things, but I leave them to the right eye and reader to see and read (Ibid.)

In the first verse of the Epistle to the Romans, Paul describes himself as “separated unto the gospel of God.” In his exegetical work of the same name, Karl Barth expands upon the phrase:

Paul…is always himself, and moves essentially on the same plane as all other men. But, in contradiction to himself and in distinction from all others, he is—called by God and sent forth. Are we then to name him a Pharisee? Yes, a Pharisee—“separated,” isolated, and distinct. But he is a Pharisee of a higher order. Fashioned of the same stuff as all other men, a stone differing in no way from other stones, yet in his relation to God—and in this only—he is unique. As an apostle—and only as an apostle—he stands in no organic relationship with human society as it exists in history; seen from the point of view of human society, he can be regarded only as an exception, nay, rather, as an impossibility. Paul’s position can be justified only as resting in God, and so only can his words be regarded as at all credible, for they are as incapable of direct apprehension as is God Himself. For this reason he dares to approach others and to demand a hearing without fear either of exalting himself or of approximating too closely to his audience. He appeals only to the authority of God. This is the ground of his authority. There is no other (28).

“Separated, isolated, and distinct,” and not “approximating too closely” with those to whom he ministers is the platform from which this apostle must work; as must the prophet, Fox; and even  the Messiah himself. Barth states that only thus could Paul retain “the ground of his authority”: that “his words [could] be regarded as at all credible.” In each of these three instances – whether with Jesus, Paul, or Fox – the work entails a resistance to an “organic relationship with human society.” What was present in the two earlier illustrations but absent from Barth’s analysis, however, is the more foundational motive: In addition to ensuring the viability of one’s mission and work in the vineyard of God, there is the elemental drive to secure the soul’s solitary, heavenward ascent; one must “go it alone.” 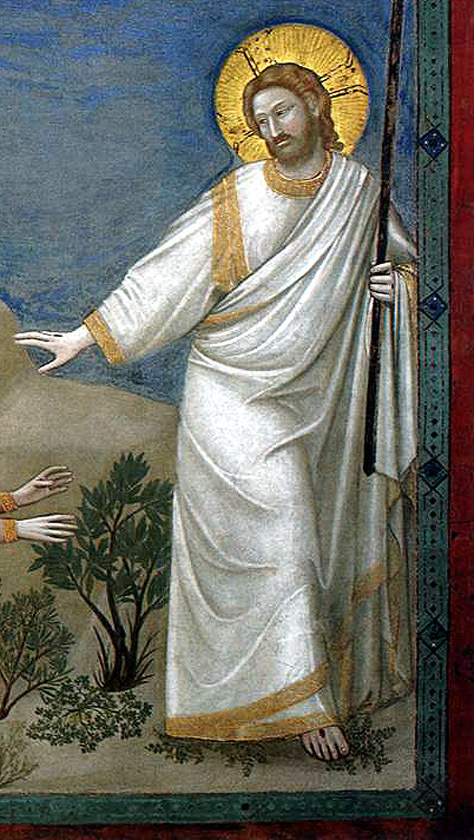