Advice to a Young Christian

The following response was given to a young man who while living in South America had felt bewilderment and dismay when speaking of his faith to those who associated Christianity with the condoning of violent abuse against them and their culture in previous centuries, as well as an abuse toward women in the present-day. His statement can be read here in a post titled “When Words Fail.”

That people use the language and ideas of Christianity for their own selfish ends is commonplace. You are seeing some gross forms of this perversion in South America, but subtle forms of it are just as deadly to the souls and cultures who succumb to this or to any other corruption. The need to dominate is always a fear of death, which is Satan’s reign, whether it’s dominating women, other cultures, or language (as did Humpty-Dumpty!*).

Upon seeing corruption, you must take care of yourself first (like putting on your oxygen mask before trying to help others with theirs): don’t let resentment or grief take up residence in your soul. Recognize the corruption you’re seeing, but don’t let negative emotion or thought overcome you; despair is “of the world,” and Christ within overcomes the world. You can be ready to act on the Lamb’s behalf only if you abide in his name: Let his light preserve you in righteousness, his power be your readiness to act, and his wisdom your guide to victory.

The victory will not always manifest as an immediate reversal of the world’s corruption, but it will always manifest as soul-satisfying peace and joy, which gives you strength to continue in the face of what appears to be overwhelming odds, for the whole world lies in wickedness. Though you may or may not effect change in outward circumstances, know that you are not working alone: For the grace of God that bringeth salvation hath appeared to all men (Titus 2:11). Though it be in the darkness of men’s hearts, the light, grace, and truth shines in everyone, and is forever one’s Lord: in faith, a formidable ally.

*”When I use a word,” Humpty Dumpty said in rather a scornful tone, “it means just what I choose it to mean—neither more nor less.”

“The question is,” said Alice, “whether you can make words mean so many different things.”

“The question is,” said Humpty Dumpty, “which is to be master—that’s all.

― Lewis Carroll, Through the Looking Glass 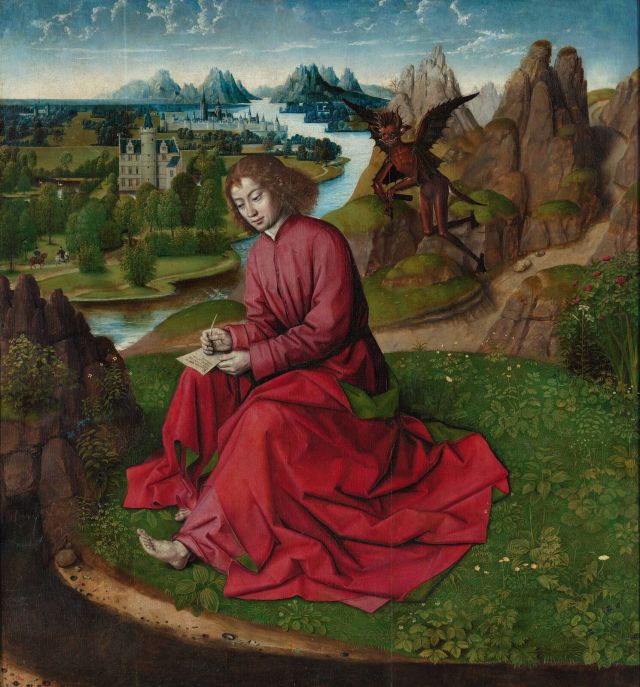 2 Responses to Advice to a Young Christian